During a recent audit of the craft brewery marketplace, we made two very interesting discoveries.
First, we found out that many craft breweries are not doing a very great job of defining and presenting their brand identities. We thought we’d find brands absolutely dripping with personality, but in reality it was difficult to find the threads of a brand running throughout their identity. More on that in a future blog.
The second thing we noticed is the subject of this blog – where we did find distinct brands, we found they took on the unique personality of the region where they lived.
We pulled a smattering of examples to illustrate our point. This is by no means any kind of scientific study, but we found this to be a fascinating discovery and just wanted to share some of our observations.

Solemn Oath Brewery – Illinois
The Midwest is all about modesty and hard work. And down to their name, Solemn Oath is about making good beer. That’s it. No pretense. No claims that they are the best. They actually talk a lot about their own surprise at being successful, “we’re just as surprised as you are, guys.” The personality that comes through is very “aw shucks,” without seeming like anything was an accident. They earned their chops the hard way, working up from the lowest echelons of brewing, and that hard work has paid off. Everything about their brand is Midwestern, with just a little hint of their California roots peeking through. So along with their work ethic, they have a play-ethic and a laid-back, go with the flow sense about them (take a look at their beer list on the website and you’ll get a sense of what I mean).

Stone Brewing – California
California is liberal and idealistic, full of big dreams and a bit of an anti-establishment streak. This not-so-small brewery in San Diego claims to be the 9th largest craft brewery in the U.S. and seeks to be a solution to what they call “industrial” beer. Like the organic food movement, which started in California, they are making something that exists beyond the status quo. They simultaneously declare they have mass production while eschewing industrialization. They strongly tout their reputation but also focus on being a purpose-driven company that finds sustainability and a good cause part of their worth. They are a great blend of California capable while being matter-of-fact about the speed of their growth.

Freetail Brewing – San Antonio, Texas
Texas is big and bold, but San Antonio, as the smallest big city, always has a sort of inferiority complex. Freetail matches that to a T. They definitely have the bragadociousness you’d expect from a brewery in Texas, but they temper it with a vocal humility, claiming they are not the “anything-est” beer. When you explore their brand, you get that slow, laid back Texas feel, mixed with a little bit of frenetic energy that comes from trying to keep up. Just like San Antonio, Freetail tries really hard to show you that they belong on the ranks of the best craft breweries in the country. 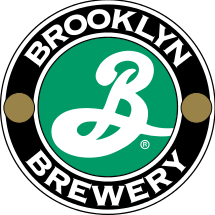 Brooklyn Brewery – New York
When you think of New York, you think fast paced, a little rude and high strung, but really good at what they do. New Yorkers are characters, never short on personality or color. Rather than focusing on the founders’ working up the brewery ladder like Midwestern breweries do, these guys talk more about their colorful pasts and eclectic experiences that surely inform their beer making. Tradition is important, but so is pushing the boundaries of taste. “Beer is for people,” says their brewmaster, Garrett Oliver. Not gimmicky. Brooklyn doesn’t talk about how great their beer is – they carry themselves with the knowledge that it is among the best, and instead of focusing on their success they instead just get to it. It is this go mentality (rather than the focus on work ethic) that makes them distinctively a New York brewery.

Urban South Brewery – New Orleans, Louisiana
The south is traditional and laid back but focused on family and fun. And New Orleans has a particular connection between history and modernity, of tradition and innovation. True to form, Urban South is welcoming and friendly and dripping with southern charm. They manage to tie together everything that NOLA stands for into one brand. Their beer selection is based on a mix of the qualities of New Orleans, each one taking on an aspect of a person or place that is true to the southern city: charming gentlemen, the church, nature, jazz, and architecture. It’s all in there. They let the beer do most of the talking, preferring to be good hosts rather than boasting about their awards or their skills or their success. They are just as much a part of the beer revolution as anyone else, they just don’t feel the need to bring it up in polite conversation.